The Irish fascinate me. I’m gonna credit it to the accent. There’s nothing like it. It does nothing to dispel the rumour that they’re a nation of alcoholics, as it makes them all sound constantly pissed. Marvellous.

There are two things that I’m passionate about – sport and fancy dress, and when you combine those two, I start cutting shapes in my banana hammock.

I don’t really know where the obsession began, but fancy dress has given me some amazing opportunities and when I finally have the chance to write my auto-biography, it will get some serious airtime.

Anyhoo, Hobbo, Black and I had one of those boy moments, which included a secret handshake and high-5ing, and decided to combine our super powers to orjanise a trip to Ireland to watch the Boks.

This was the ultimate budget weekend. To kick things off, we jumped aboard a Ryanair death-trap. For our South African reader out there, you should never fear Nationwide, 1Time or other local treats; these airlines have nothing on the ugly ginger stepchild of the European aviation industry.

The air hostesses don’t exactly embody the *host* part of their title – one even shouted at Black because he didn’t make eye contact during the emergency presentation. She gave him a pop quiz on the whereabouts of his life jacket – which he failed miserably I might add. 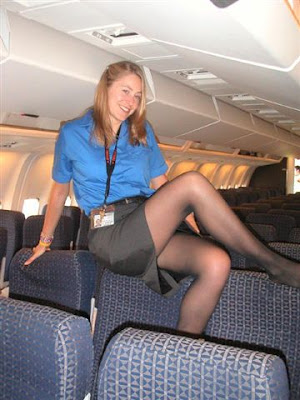 Level of hospitality that you won't find on Ryanair

We landed in Dublin and checked into Paddy’s Palace. ‘Jayzez, Mary and Jawseph’, we couldn’t have found a more cheesy Irish sounding environment, but it was a special lil place with no short and curlys in my bed – BONUS!

We headed out, smashed a Guinness in our FACEs, as you do, and had a chilled night to settle us into the city. We escaped molestation from an ex RAF pilot, who kept on insisting that he was a tail-gunner, loved South African (men), instructed us to ‘relax’, and was encouraged by Black to try and lunge me at any opportunity. Not ideal!

Soooon my pretties, sooon you will be mine!

Friday was all about the Guinness. We did the touristy thing, visited the St James’s Gate store, had a free pint of the black stuff while I rubbed myself with bits of barley. It was hot, I couldn’t take it anymore, I got naked and donned the morphsuit. Emotions were running high, and I felt at one with the Guinness.

Things went pear-shaped from here. We pubcrawled, visited the Brazen Head in honour of our friend Earl – the most useless Irish descendant you will probably never meet – but I digress. The SA d-men who had infested Dublin, like fokken prawns at this stage, were fans of the Morphsuits and latched onto encouraging me to down pints of Guinness through the lycra.

Too much of ‘points’ later and my Irish was impeccable. I left the Brazen Head like a well-oiled machine and ended up cruising through the streets of Dublin, only to find the most EPICFIERCE leprechaun you will ever see. I have acquired a unique habit: when I am FBR’d (fucked beyond repair) I revert back to my primal instincts, pick people up on my shoulders, and run around aimlessly with them.

I met Paul, the Polish leprechaun, said ‘How mush do you weigh?’ He replied with ’90’. I said ‘You’re going up’, my legs nearly buckled in the process, but RESULT nonetheless!

I was asleep by 10, cutting down some serious timber, but managed to wake up hangover-free on Saturday; ready to embrace Irish rugby culture. Black, Hobbo and I donned our suits, walked through Dublin, couldn’t see a frikkin thing or where the hell we were going.

Looking at the world from behind the suit, but not as green

We copped some serious abuse from the locals: ‘Is it cold? Jayzez look at the balls on that one. That’s some interesting tackle’ – the comments were flying thick and fast, but fuck it – what an awesome weekend!

I did freeze my bits off, and the Boks were unable to finish their tour off on a winning note, but we rocked out with our (small) cocks out, and we encourage you to do as much rockin as possible throughout the month of December. Keep vibing the passion, and always remember that ‘Life is short. Play naked!’

We mistakenly thought the venue was 'Cock Park'

Today there is lot of contingent situation which force individuals to take medicaments. You can get medicines from the comfort of your office. Last ten years there are divers medicines to treat dementia, anxiety disorder or combustion. Certain medicines are used to prevent bronchitis in people with weak immune systems caused by cancer treatment. There are medicines intended only for them. What about side effects of cialis for daily use and sexual health problems? What do you already know about cialis daily side effects? Probably you already know something about it. Sexual soundness problems can usually indicate problems elsewhere. Low libido isn’t the same as impotence, but a lot of similar aspects that stifle an erection can also reduce your libido. One way to resolve erectile dysfunction is to make few foolproof lifestyle changes, another is drug. Lifestyle changes take day, but the results are worthwhile. Preparatory to ordering Cialis or other treatment, speak to your doctor if you are allergic to it. Talk to your health care occupational for more details. Sure, online pharmacy can easy help you for solving your all personal problems.

Have you seen these?